The History of the MI 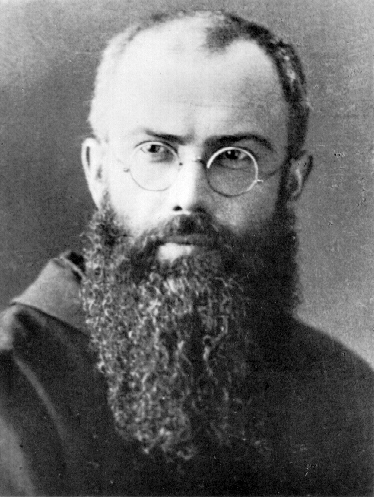 The following account of the beginnings of the MI was written by Fr. Maximilian Kolbe while in Japan, working in the mission he had established almost five years previously. Though he had personally founded the mission, Father Maximilian was no longer its superior. This responsibility had been given to Fr. Cornelius Czupryk, OFMConv., by the Provincial Chapter of the parent Province in Poland in 1933 because of Father Maximilian’s poor health. At the same time this arrangement left him freer to travel in China and India where he began negotiations to establish new missions there. It is thanks to Father Cornelius that we have this precious account, which contains details recorded nowhere else. Father Cornelius requested Father Maximilian to describe the beginnings of the MI for an article in the Mugenzai no Seibo no Kishi, the Japanese MI publication. It appeared in the 1935 November issue commemorating the 18th anniversary of the MI.

A LOT OF WATER has already passed under the bridge: it all took place nearly 18 years ago, so I have almost forgotten a number of details.

However, since the Fr. Guardian [Kornel Czupryk] commands me to give an account of the beginnings of the MI, I will describe what my memory allows me still to recall.

I remember talking with my brother clerics about the wretched state of our Order and about its future. And in those moments, the following idea was being im­pressed on my mind: either rebuild it or break it all up. I felt deep sorrow for those young people who often came to us with the best intention and most of the time ended up losing their ideal of holiness in the very friary. Yet I did not quite know what to do.

Let me go further back in time.

I still recall how as a young boy I had bought a small statue of the Immaculata for five kopeks. And in the minor seminary, where we attended Mass in the choir, with my face to the ground, I promised the Most Blessed Virgin Mary, whose im­age overlooked the altar, that I would fight for her. But how? I did not know. Yet, I envisioned a fight with material weapons.

A War for Men’s Hearts 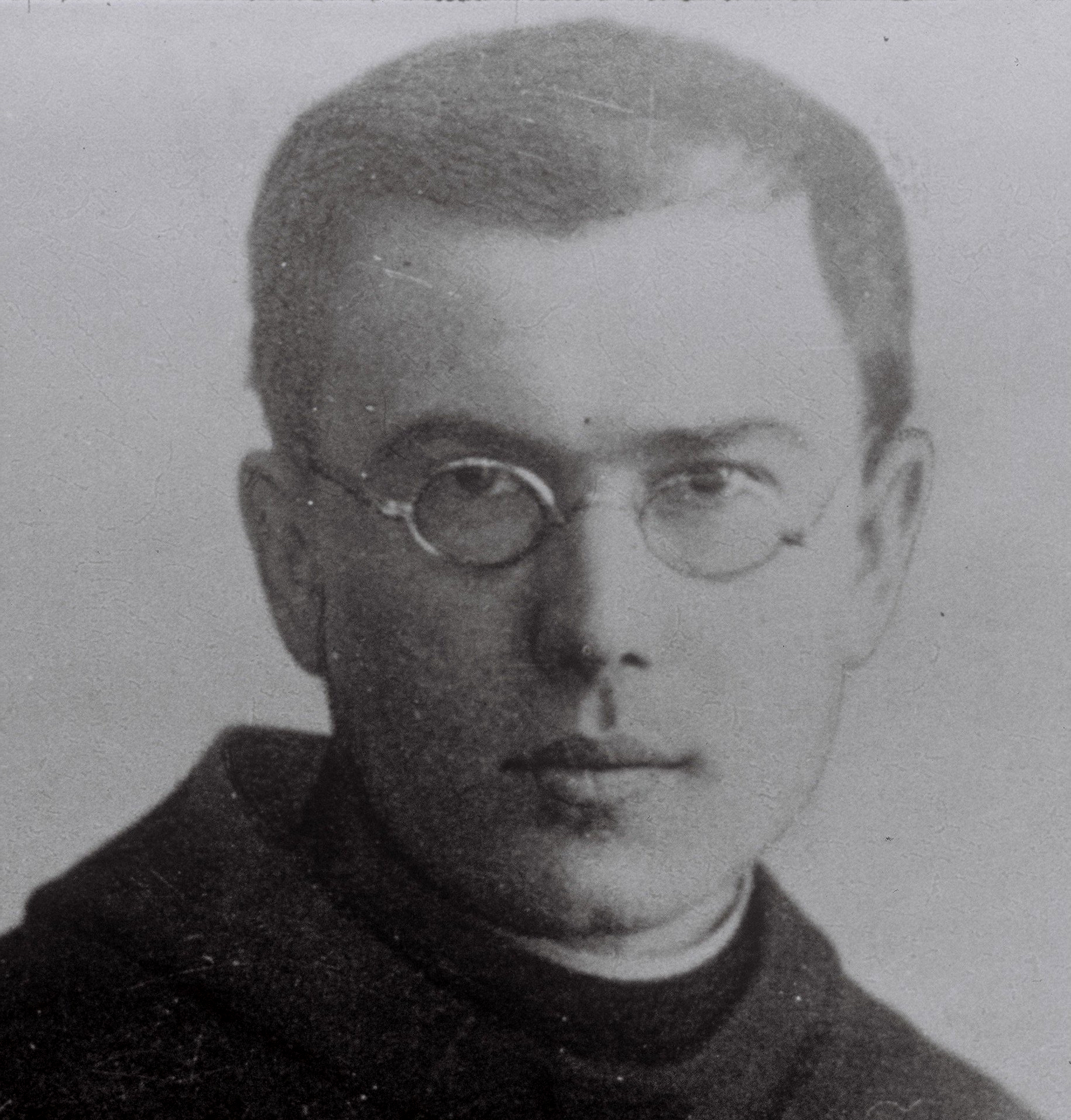 For that reason, when time came for me to enter the novitiate (or make my profession?), I confided to the Father Master, Fr. Dionizy (Sowiak), of blessed memory, that difficulty of mine in entering religious life.

He transformed my decision into a commitment to recite the “Sub tuum praesidium” every day. I have continued to recite that prayer to this day, even if I know now what type of battle the Immaculata had at heart.

Although I was very prone to pride, I felt strongly drawn to the Immaculata. In my small cell, on my kneeler, I always kept the image of a saint to whom the Immac­ulata had appeared. And I would often turn to her in prayer. On seeing that, a friar told me that I must be very devoted to that saint.

When in Rome the Freemasons started coming out in the open daringly, flaunting their banners under the windows of the Vatican, depicting, on the black banners of the followers of Giordano Bruno, St. Michael the Archangel crushed un­der the foot of Lucifer, and openly lashing out against the Holy Father in propagan­da pamphlets, the thought came of setting up an association committed to fighting Freemasonry and other servants of Lucifer. To make sure that such idea was coming from the Immaculata, I sought counsel from my spiritual director at the time, Fr. Alessandro Basile, a Jesuit, ordinary confessor of students at the College. Having obtained assurance from holy obedience, I decided to get down to work.

In the meantime, however, we moved to the “Vigna” friary, which is about a 20–30 minute walk from the College, for a holiday period.

The First Signs of TB

During a football game, blood started coming out of my mouth. I drew aside and lay down on the grass. Br. Girolamo Biasi, of blessed memory, took care of me. I spat up blood for quite a while. Soon after, I went to the doctor. I rejoiced at the thought that perhaps I was already nearing the end of my life. The doctor ordered me to go back [to the College] in a coach and go to bed. Medication could barely stop the flow of blood, which kept coming out. During those days, the young and pious cleric Br. Girolamo Biasi, of blessed memory, used to come to see me.

Two weeks later, the doctor finally allowed me to go out for the first time. In the company of another cleric, Br. [Giovanni] Ossanna I got to the “Vigna,” albeit with difficulty. When the clerics saw me, they cheered and were in high spirits, and brought me fresh figs, wine and bread. Having had something to eat and drink, my aches and pangs ceased, and for the first time I mentioned the idea of starting an association to Br. Girolamo Biasi and Fr. Iosif Pal, who had been ordained a priest before me although we were attending the same year of theology. However, I stipu­lated that each of them should consult their spiritual directors first, to make sure that it was in fact God’s will.

The MI Begins to Grow Having recovered some of my strength, I was sent to Viterbo, with the cleric Br. Antoni Głowiński, my colleague, for an additional vacation period. On that occa­sion, Br. Antoni Głowiński joined the MI. Shortly after, Br. Antonio Mansi, of blessed memory, and Br. Enrico Granata, both clerics of the province of Naples also enrolled. No one at the College knew of the existence of this association except those who belonged to the MI. Only the Rector, Fr. Stefano Ignudi, in his capacity as Superior, was aware of the MI’s existence. For our part, we did not do anything without his permission, because that was a mark of obedience, namely, the will of the Immaculata. Thus, with the consent of the Fr. Rector, on October 16,1917, the first meet­ing of the first seven members took place, namely:

The meeting took place at night, in secret, in a locked, inner cell that was con­structed by means of a temporary wall. In front of us there was a little statue of the Immaculata between two lighted candles. Br. Girolamo Biasi acted as secretary. The purpose of this first meeting was the discussion of the “program of the MI” (the enroll­ment form), especially since Fr. Alessandro Basile, who was also confessor to the Pope [Benedict XV], had promised he would ask the Holy Father for a blessing of the MI.

Fr. Basile, however, did not keep his promise, and we obtained our first oral blessing of the Holy Father via Bishop Msgr. Dominique Jaquet, professor of ecclesi­astical history in our College.

For more than a year after that first meeting, the MI made no progress. In fact, all kinds of setbacks piled up, to the point that members were uncomfortable even mentioning it among themselves. One of them even tried to convince the others that the MI was something useless.

It was then that, with wonderful signs of election, the Immaculata summoned to her side Fr. Antoni Głowiński, and ten days later, Br. Antonio Mansi, both vic­tims of the Spanish flu. As for me, the condition of my lungs got worse: every time I coughed, I spat blood. That is when it all started to change. Having been excused from school, I took the opportunity to copy out the “Program of MI” and gave it to the Most Rev. Fr. General (or rather the Vicar General, Fr. Domenico Tavani), in order to obtain his blessing in writing. “If there were at least 12 of you…,” said the Most Rev. Fr. General. He wrote his blessing and voiced his desire (I believe on that very occasion) that the MI should be propagated among our youth.

Membership started to increase, and has increased more and more ever since.

In that early period of life of the Militia, our activity—besides private prayer—consisted in handing out medals of the Immaculata, called “Miraculous Medals.” On one occasion, the same Most Rev. Fr. General gave us money to purchase some. 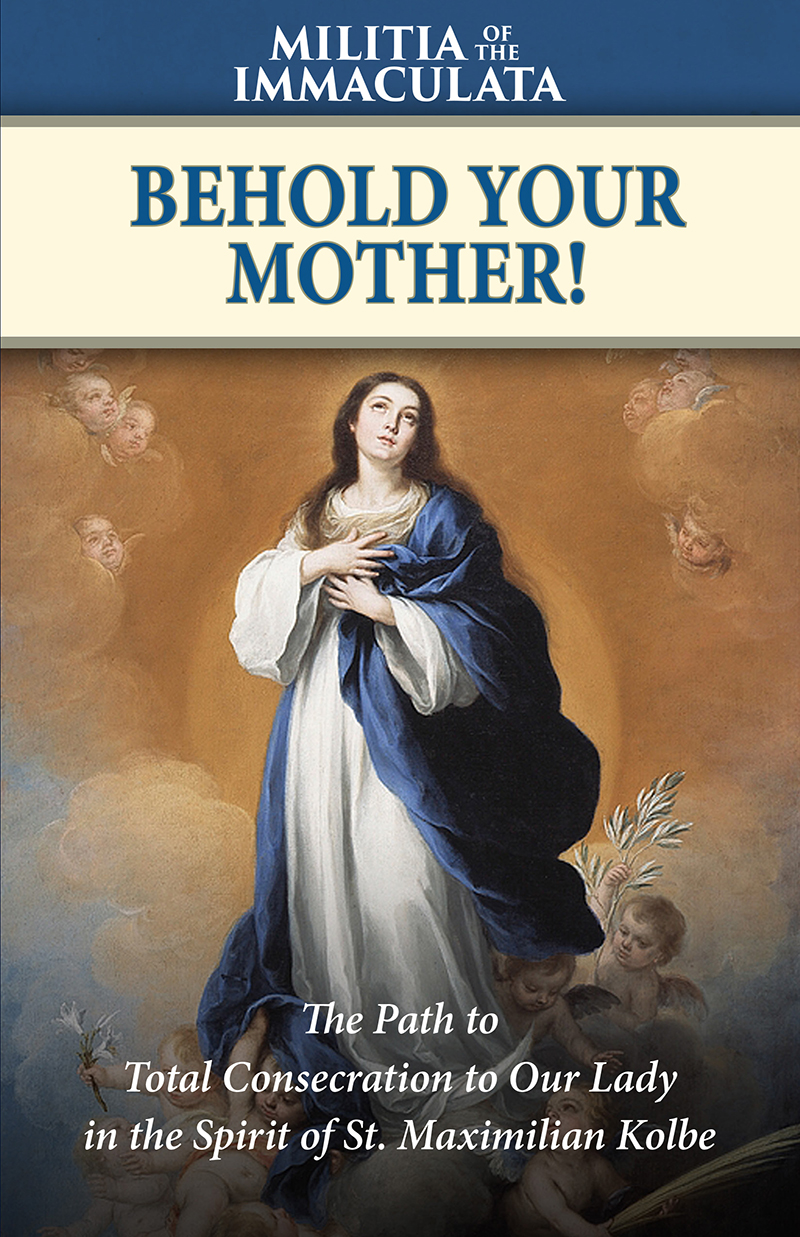